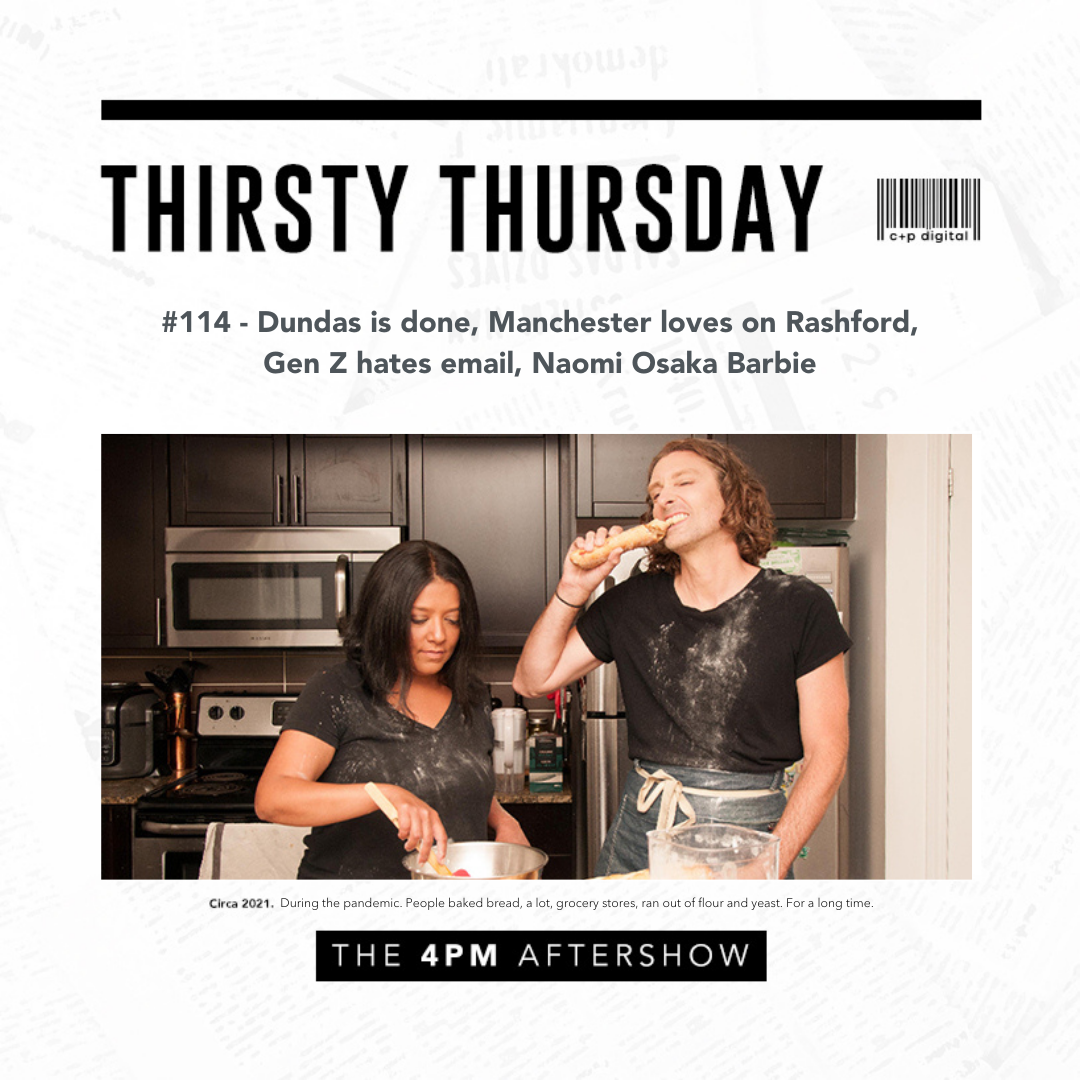 🚨🚨We interrupt regular programming to bring you this week’s news at the intersection of entertainment and marketing.🚨🚨

Welcome to the Thirst List. A Friday edition of the hits, the misses, the causes, and the people that left us Thirsty.

Dundas is done
If you know Toronto, you know Dundas St. But soon you’ll know it as something else, thanks to a city council vote that will change the name from one associated with Henry Dundas, who was involved with the slave trade. As Coun. Michael Thompson said before the vote, “History will remember not so much what it cost us to change the name — it will remember whether or not we actually take the right action. Our reputation is on the line.”
Manchester shows their love
After a disgusting show of racism in the wake of the Euro loss, Brits are now stepping up to show Black footballer Marcus Rashford how much they really do love and appreciate him. The site of a graffitied Rashford mural is now covered up in signs, flowers, and tokens expressing, love, acceptance and appreciation for this young star.
Retail foot traffic
They say shopping is like therapy, and after a tough round of lockdowns that mentally knocked us down, but not out, Canadians are taking “treat yo’ self” to a whole new level. With restrictions easing, the retail market is getting set for a big boom, with clothing stores already seeing a 44% increase in traffic compared to the same time in 2019.
Survey says…
Gen Z hates email. They might be checking their texts and TikTok notifications pretty quickly, but don’t email them or you may be kept waiting. It’s going to be interesting to see how workplace communication evolves when these guys take charge!
Imagination, life is your creation
Barbie is no longer a blonde bimbo girl in a fantasy world. The latest celeb to find out that life in plastic is fantastic is none other than tennis star Naomi Osaka. After the drama of the French Open, we’re loving that this doll is going to put a spotlight on giving girls the right to stand up and say, what they believe in and being able to live the way they choose. Come on Barbie, let’s go party!
Streaming cuts the cable
Emmy nominations are out and for the first time ever, streaming has overtaken cable for popularity. All the major streaming channels have original productions in the running.  For a lot of us, our streaming services were a lifeline. (As an aside: who else has a serious dent in their couch from all the binge watching we’ve done this past year?)