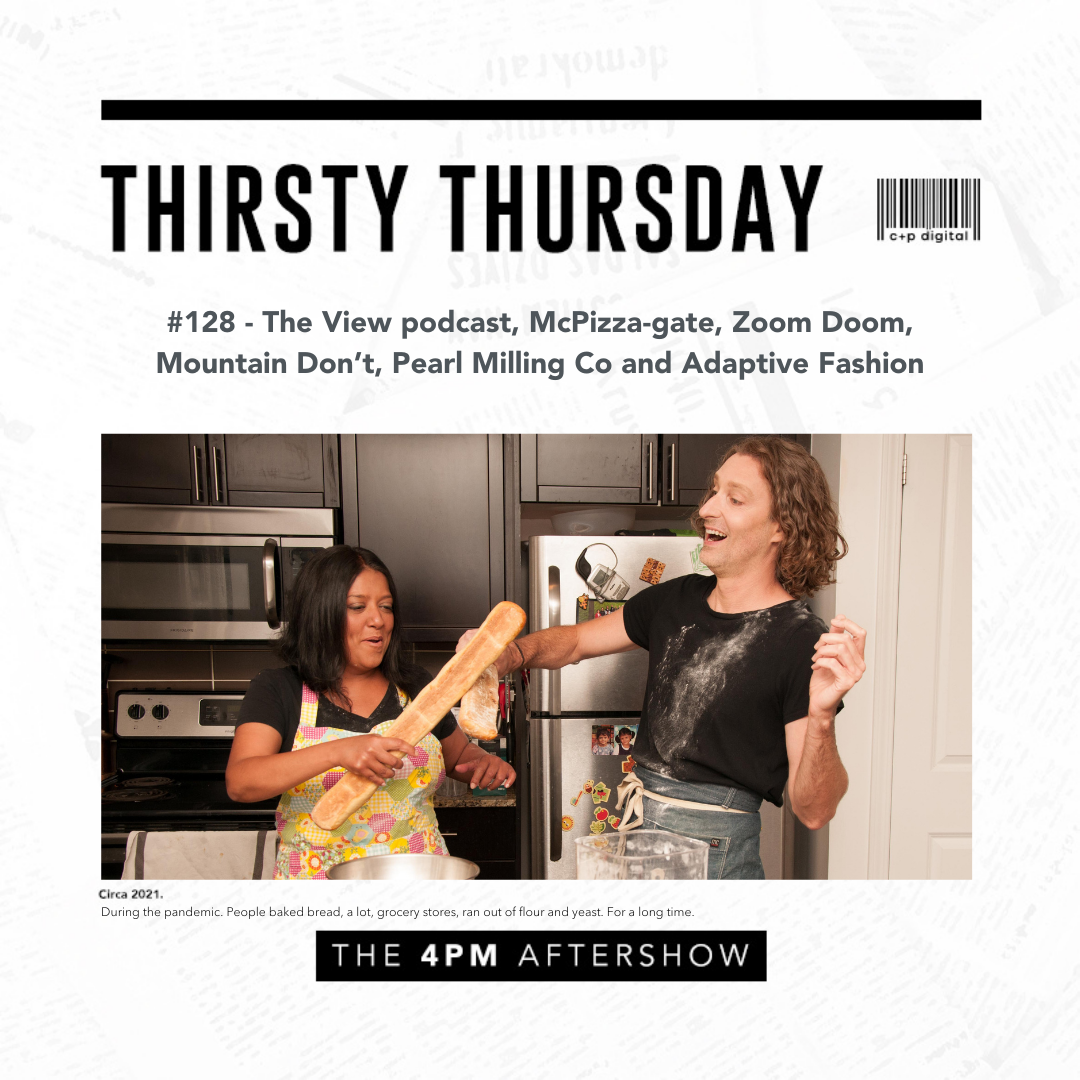 Did somebody say podcast cohort?
We were excited to hear the news that ABC announced that they’re doing a special podcast series called Behind The Table, based on The View. They will have past View cohosts talking about their time on The View, with behind the scenes stories and the hosts spilling the tea on the many controversies over the years. Obviously ABC is doing this because we have recently been thirsting for our View-like podcast panel services, where we bring together experts who share a similar audience to speak panel style, like a fireside chat. September 14th – check it out if you want to catch Meredith Vieira, Lisa Ling, and all your other faves!

Riot if not McPizza
McDonalds Canada recently posted a teaser saying they were bringing back a fan favourite, immediately leading the nostalgic internet to assume they were reviving the popular McPizza from the 80s. Turns out this was not the case, and what ensued was a hilarious thread of disappointed people, great (slightly panicked) marketing from McD’s, and a lot of newsjacking from other companies. Oh yeah, and it’s actually spicy McNuggets coming back.

On another spicy note? Mountain Dew and Flaming Hot Cheetos have teamed up to make a spicy monstrosity of a beverage. As Will says, Mountain Dew? More like Mountain Don’t.

Pearl Milling Company
Pearl Milling Company, previously known as Aunt Jemima, has released their first ad since their huge rebranding from a long-time look that really smacked of racism. This ad features several black families enjoying the food they’ve made. No word on how sales have been, but we’re watching closely to see how this works out for them.
Zoom Doom
DYK that since remote working has been the norm, 1 in 4 bosses have had to fire someone for some kind of inappropriate Zoom behaviour, and most have had to dole out some discipline over poor Zoom etiquette? While things have been a bit more relaxed in general considering the circumstances (who really wears “hard pants” on these calls, amiright?), some people have slipped a little too far and execs and clients aren’t digging it. Not only that, evidently the higher ups don’t totally trust that work is getting done effectively enough at home either. Take it from some remote working experts – stay professional, stay on task, and just wear something – anything, please – on your bottom half.
Empowering or demeaning?
If you’ve been around for a while, you’ve definitely heard the term ”girl boss”. Love it or hate it, it’s been the war cry of women everywhere who have worked to be seen as equal to men in the same situations. Head over to this interesting article in Nymag’s ‘The Cut’ column and let us know your take.
Adaptive Fashion for the win
In the leadup to New York Fashion Week, we’re seeing a great trend of designers showcasing their inclusive designs. It’s not just about race and religion either. These designers are also creating “adaptive fashion” – clothes that are accessible to those with physical disabilities.