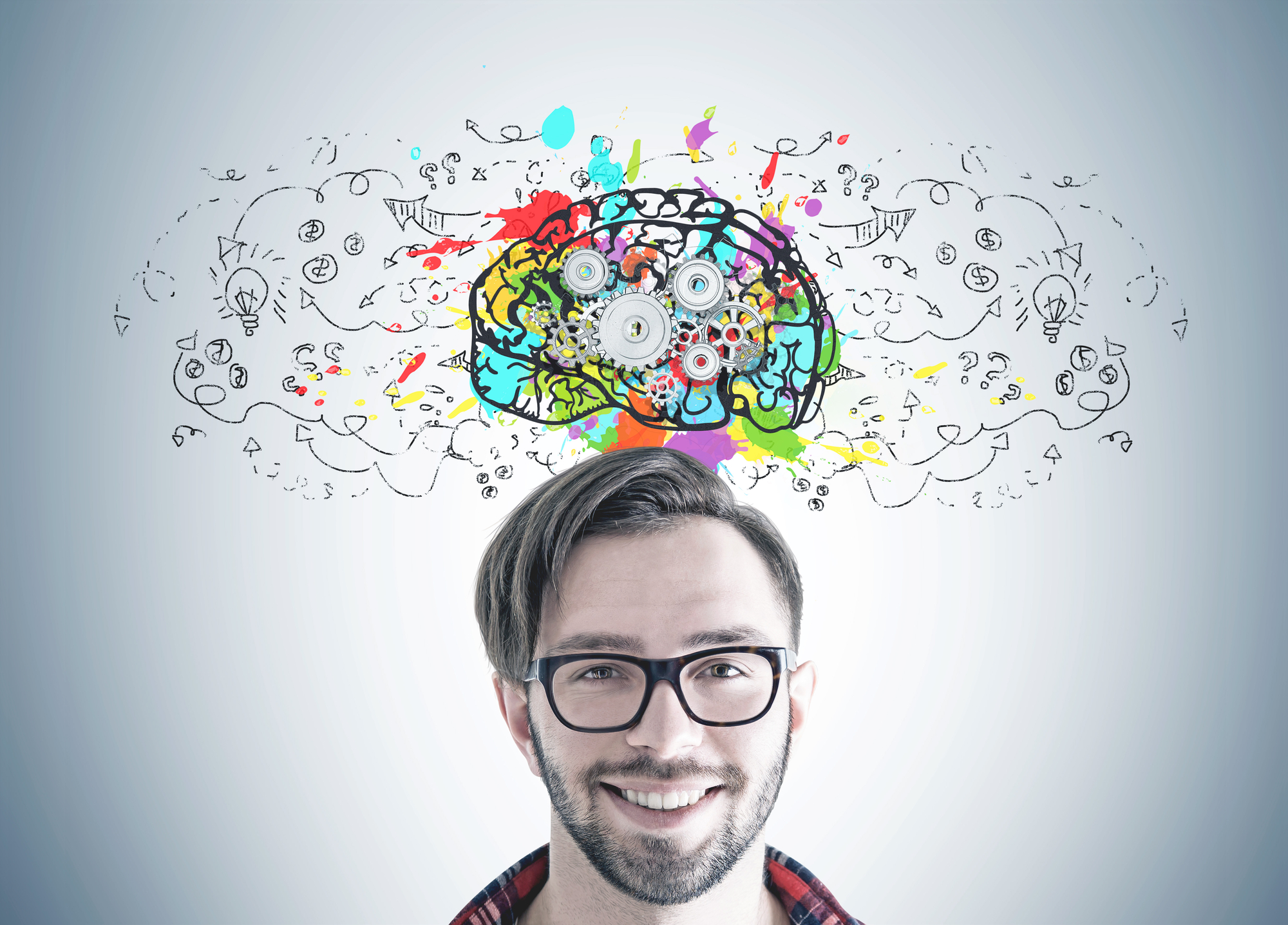 It’s hard to believe we’ve done 100 episodes of the 4AM Report. We thought we’d come into podcasting 10 years too late, but here we are, boldly going where others have gone before. With some extra pizazz, a unique title & hook and our own special brand of humour + creativity.

Yes, we are, just a tiny, very humble brag that’s more along the lines of: “OMG! Can you believe this?” And to celebrate 100 shows, what could be more fitting than an ode to creativity?

We bring you Allen Gannett, author of The Creative Curve, tech entrepreneur, angel investor, and a brilliant speaker on creativity. Allen talks to us about the questions keeping him up at night: existentiality, originality, and neuroscience, with side bites on random tears, insecurity, and ambition. He tells us that creativity can’t be forced and well, this headline kind of wrote itself 😉.

Allen was the founder and CEO of TrackMaven, a marketing analytics platform that helped brands assess whether their content was resonating with its audience. He then wrote The Creative Curve, which takes a deep dive into the myths, history, science, and psychology of creativity. He’s also a motivational speaker, tech investor and in his spare time (WHEN?) he’s working on his podcast:📞Creative Hotline📞, and a second book. And he’s only 30! 😲.

We just love the idea of Creative Hotline, where people can leave a voicemail (or text or email a voice note) about their creative dilemma or question. Allen and his co-host Shane Snow are the somewhat irreverent, creative doctors that will answer them. Which makes us think of Lucy and her psychiatry booth for obvious reasons.

In this episode we discuss the line between inspiration and imitation, originality and plagiarism, and how your inspiration can’t betray the trust of your audience. YAS!

Allen tells us about the three things that define creativity:

💡 craft – the skill to execute (or use collaborators who can)

💡 distribution – get your idea in front of people

He believes we’re all creatives. 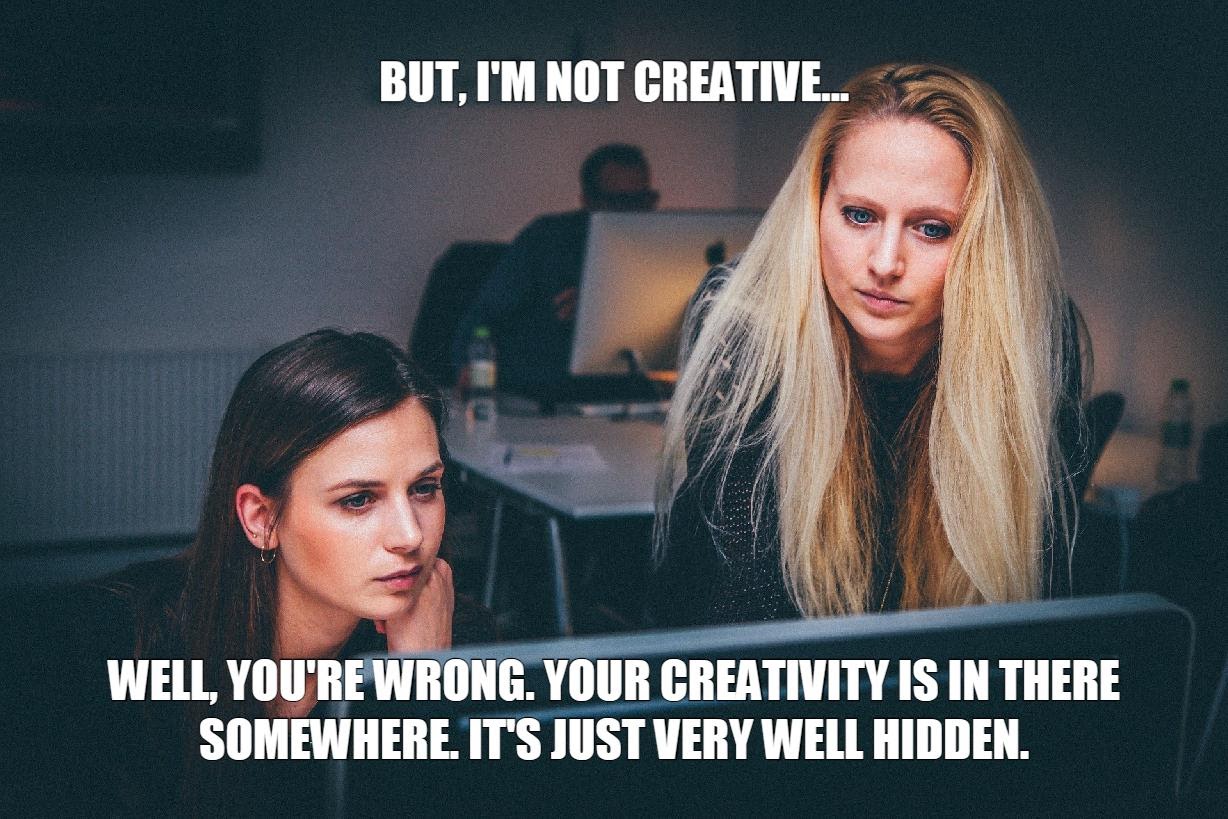 “The threshold theory shows that, above a relatively average IQ threshold, we actually all have the same creative potential. While creative potential is widespread, achievement is not. Achievement comes from developing skills in three things: timing, craft, and distribution. Most people don’t think of timing as something you can develop, but you can get better at it and it’s something you can nurture. With timing, the ideas that take hold, that are well-timed, tend to be ideas that have one foot in the familiar and one foot in the novel. So, they’re ideas that take something from the old and add something from the new. For example:

West Side Story – Romeo and Juliet on the west side💏

And so, you can learn how to balance the old and the new…we like things that are familiar, but also novel enough to drive intrigue and interest.”

Words to the wise! It’s hard to imagine that Allen is so successful, yet even he suffers from insecurity. That little demon on his back drove him to keep proving himself, and now, in realizing that creativity can’t be forced, he’s a bit more relaxed around achieving his goals.

“A lot of times we confuse creativity and productivity. And so, when we talk about creativity and creative advice, a lot of it is about productivity. Like write 1000 words a day. Well, that’s productivity. It’s not necessarily creative. You might be writing really terrible things. For me, there’s a weird magic that comes once you figure out your own method of being good at both of those (creativity + productivity).

For example, when I write I’m an aggressive outliner. I also only write in the mornings and by 12 I’m out. If there are times I’m not feeling creative, or productive, and I just need to move the ball forward, I work on other stuff. Doing interviews, setting up transcriptions, or admin stuff around a writing project. So, I tend to switch off things rather than try and force my way through it, which I think is a better method.

There are times when people feel less productive. And my advice is to be aware of that. And to acknowledge it and just switch to something else and not try to force it.”

On neuroscience and the “AHA!” moment

“We think of creativity as magic, because these aha moments just come out of nowhere. But, let’s slow down. If we look at stories of “AHA!” moments, it’s often in places like a car ride, the shower, the lawn, on a run, in meditation.

What do all these things have in common? They’re all moments of silence, right?

Listen to the episode to find out the type of subconscious information processing that’s connecting ideas and noodling on the inputs you’ve given it. And why the answer can pop into your consciousness much later! Without noise, or drugs to depress the noise, and the things you can do to encourage that “AHA!” moment… like long car rides, showers, or walks.

Whether you’re a creative, a non-performing creative, a wannabee creative or a creative in denial, this is gripping stuff so tune in to get it all on the 4AM Report.

And don’t forget to check out Allen.xyz if you want to learn more get the book or listen to his podcast 📞Creative Hotline📞.

If you’d like to chat more about your marketing concerns (or any of your content!), please give us a shout at C+P Digital – we would love to help!