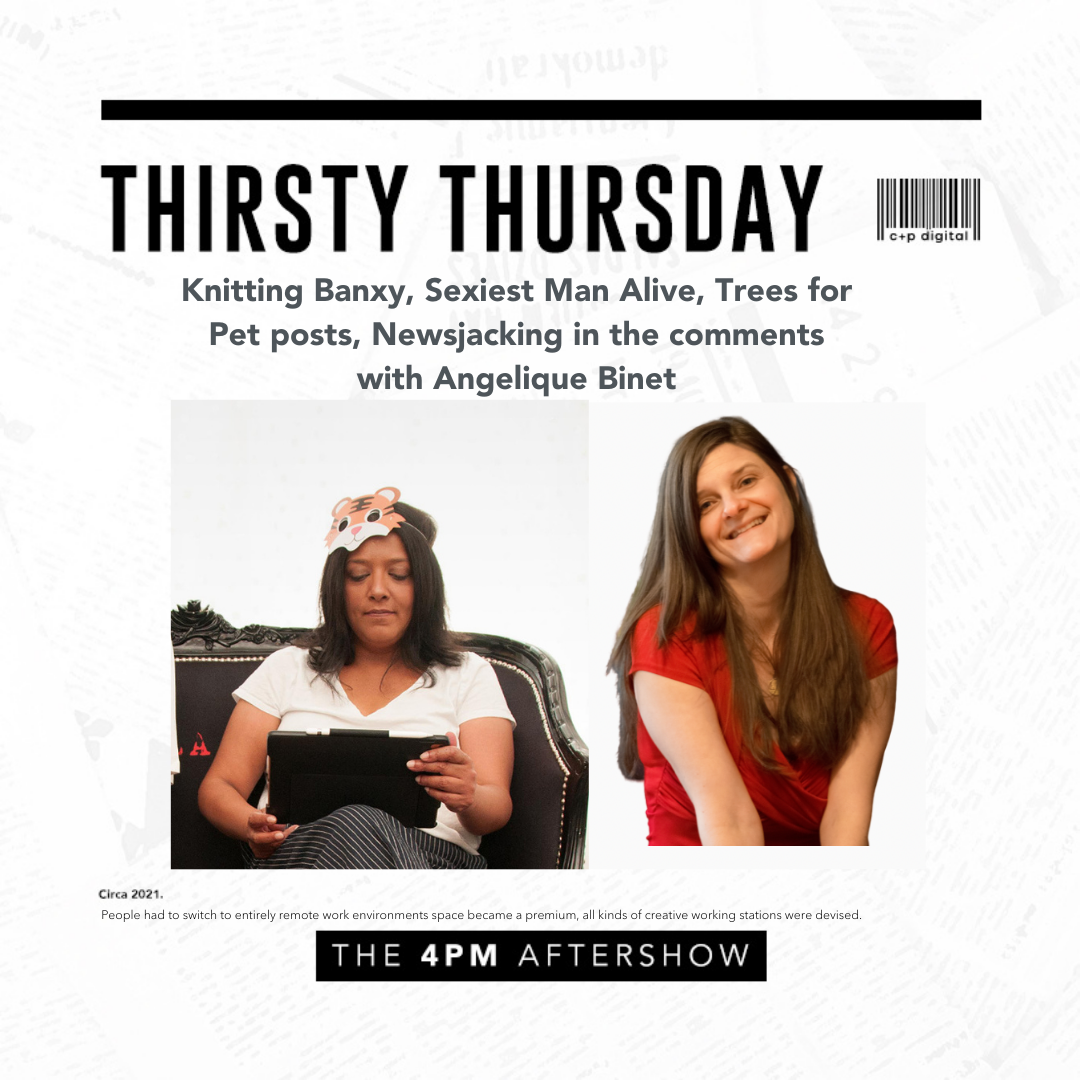 Attention thirsty readers everywhere! Do you have a story that’s got you absolutely parched? A news item, a marketing hit or miss, something from the world of entertainment and pop culture? This week Susan is joined by Angelique Binet, social media marketing consultant specialized in paid traffic and client acquisition for 6-figure women entrepreneurs and founder of Social Media Love.
We’re now taking story submissions. Hit reply and let us know your take on a story that caught your attention this week. We may even ask you to join us on our weekly Linkedin Live chat show, #ThirstyThursday.
***
Marcus Rashford’s MBE
Manchester United star Marcus Rashford has made the Thirst List before, unfortunately because of some horrible racism he suffered after the World Cup loss. We’re happy to report some great news, however, as he has just been awarded the MBE for his work with underprivileged children during the pandemic. This honour was awarded by Prince William and Rashford has since created a taskforce working with supermarkets and food banks to make sure kids across the UK are fed.
Knitted Tribute
For Remembrance Day, London’s anonymous Knitting Banxy (not to be confused with London’s anonymous graffiti artist Banksy) created a life sized knitted soldier and surreptitiously dropped it off at the War Memorial Clock Tower in honour of the day. As Angelique says beautifully, “bringing softness to something that is not soft”.
Sexiest Man Alive – we’re still doing this?
Paul Rudd was recently announced as People magazine’s Sexiest Man Alive in 2021.  Now we do think he most certainly is an attractive man, and are fascinated by his apparent lack of aging. However, as Susan says, aren’t we past the times of judging someone’s merit based on their appearance? We’ve made so much movement towards knowing that there’s more to people than just how they look, so let’s move on to better things, People.
No, nobody is planting trees because you posted a picture of your pet (and why that went viral)
If you were on Instagram in the past few days, you may have seen a post telling you to share a picture of your pet using their new feature Add Yours stickers. In return, for every pic the poster, Plant a Tree, would plant a tree. This would be a fairly normal post looking for engagement for a small business, but the unexpected virality of this post to the tune 4 million stickers before the post was quickly taken down has left the company in a bit of a quandary, since it can’t actually follow through with its promise. Scrambling ensued, making for a good lesson in social media and accountability.
Newsjacking in the comments
Sometimes it doesn’t take an expensive advertising campaign to get noticed. All it really takes is as little as a witty and entertaining comment on someone else’s post. The smartest companies are using young, TikTok-loving and savvy social media teams to use their brand voice to hijack posts via clever comments.
Remember, one powerful comment on someone else’s post can be worth more than countless pieces of your own content.
For these stories and more, including TikTok’s dropped ball on the Astroworld Tragedy and Reese’s Puffs partnership with Kaws, listen to the whole episode below.