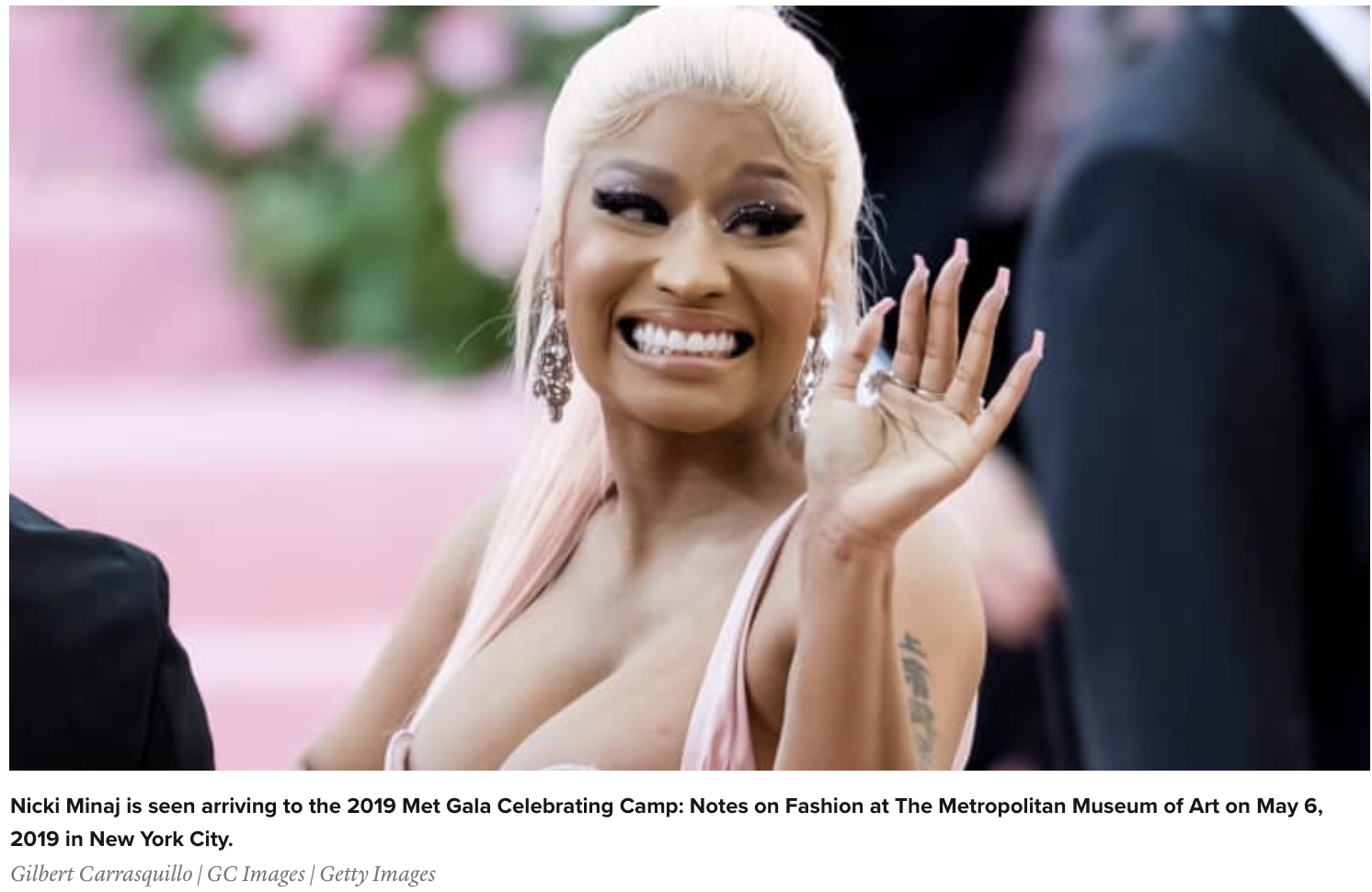 Attention thirsty readers everywhere! Do you have a story that’s got you absolutely parched? A news item, a marketing hit or miss, something from the world of entertainment and pop culture?
We’re now taking story submissions. Hit reply and let us know your take on a story that caught your attention this week. We may even ask you to join us on our weekly Linkedin Live chat show, #ThirstyThursday.

Podcast Wars – The Next Great Podcast

iHeart Radio has launched a contest to find the best idea for a new podcast. Anyone can pitch their idea, and 10 semi-finalists will receive funding for a 10 minute pilot episode that will be voted on by people worldwide. The winner will get to work with the company to develop their show. Think your idea will be music to their ears? Better jump on it quick – the submission deadline is today at noon! 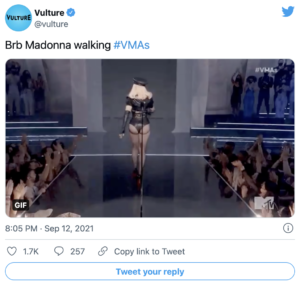 Madonna set tongues wagging and memes flying at the VMAs when she tossed off a trench coat and walked away, revealing most of her perky-af-holy-crap-how-is-she-63-behind to all the world. Speculation abounded about whether she had gotten implants, and also whether a woman of her age should be wearing something so skimpy.

But who needs all that Material, Girl? If you’ve got it (and you know every single one of you has it), flaunt it if you want to. Be like Madge. Don’t let anyone tell you how you can or can’t Express Yourself.

Arguably the best celebrity fashion event of the year, the Met Gala did not disappoint us with its theme of “American Independence”. From Alexandria Ocasio Cortez’s “Tax the rich” dress (designed by a Torontonian) to Kim K’s black 100% full coverage “t-shirt”, we loved seeing not only the looks, but also the hilarious memes they spawned. And can we just talk about the men this year, who have seriously upped their game with some wild and expressive outfits. 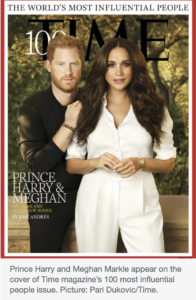 Prince Harry and Meghan Markle were recently named in Time Magazine as two of the 100 most influential people in the world. Despite tons of controversy from their wedding, leaving the royal family, and settling in the US, they’ve finally found their place and are using their celebrity to work for organizations and causes that are working to change the world for the better. We’re happy to see them being recognized for all the good they do after so much drama.

Nuts to you, Nicki

Nicki Minaj made just about every medical professional nuts over the weekend when she tweeted about her reluctance to get a Covid vaccine after her Trinidadian cousin’s friend apparently became impotent and developed swollen testicles (NOT a recognized side effect) after receiving one. Nicki was widely criticized for spreading disinformation, even by the head of Trinidad and Tobago’s minister of health, who made it clear that time had been wasted confirming that the story was, in fact, complete and utter balls.

Bill 8 Ain’t Great According to Salesforce

Salesforce did not shy aware from the political arena this week when, after the passing of anti-abortion law Bill 8, they sent out a message to thousands of Texan employees offering to help them relocate if they’re concerned about their access to reproductive care. Other companies like Uber have also offered to pay legal fees for any drivers sued for driving someone to an abortion clinic. Good on them for taking a stand and stepping into the ring.

Peg the Patriarchy AKA an Intellectual Property Drama 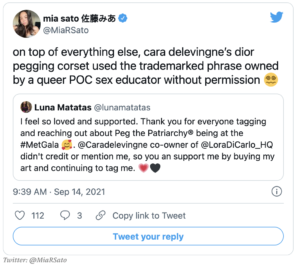 A little bit of controversy at the Met Gala when Cara Delevingne showed up in a Dior bodysuit with “Peg the Patriarchy” written across the front. Basically it’s ‘Stick it to the man.’, but go ahead and google if you’re not familiar with the NSFW term.
Someone who DOES know this term very well – i.e- Luna Matatas, the woman who coined the term – was shocked that her trademarked saying was splashed across the internet without her consent. Um can you say appropriation by the priviledged themselves? What’s going to happen now that Dior is getting called out? You’ll have to stay tuned…

Want to hear more of what we’re thirsting for? Check out the entire episode here.