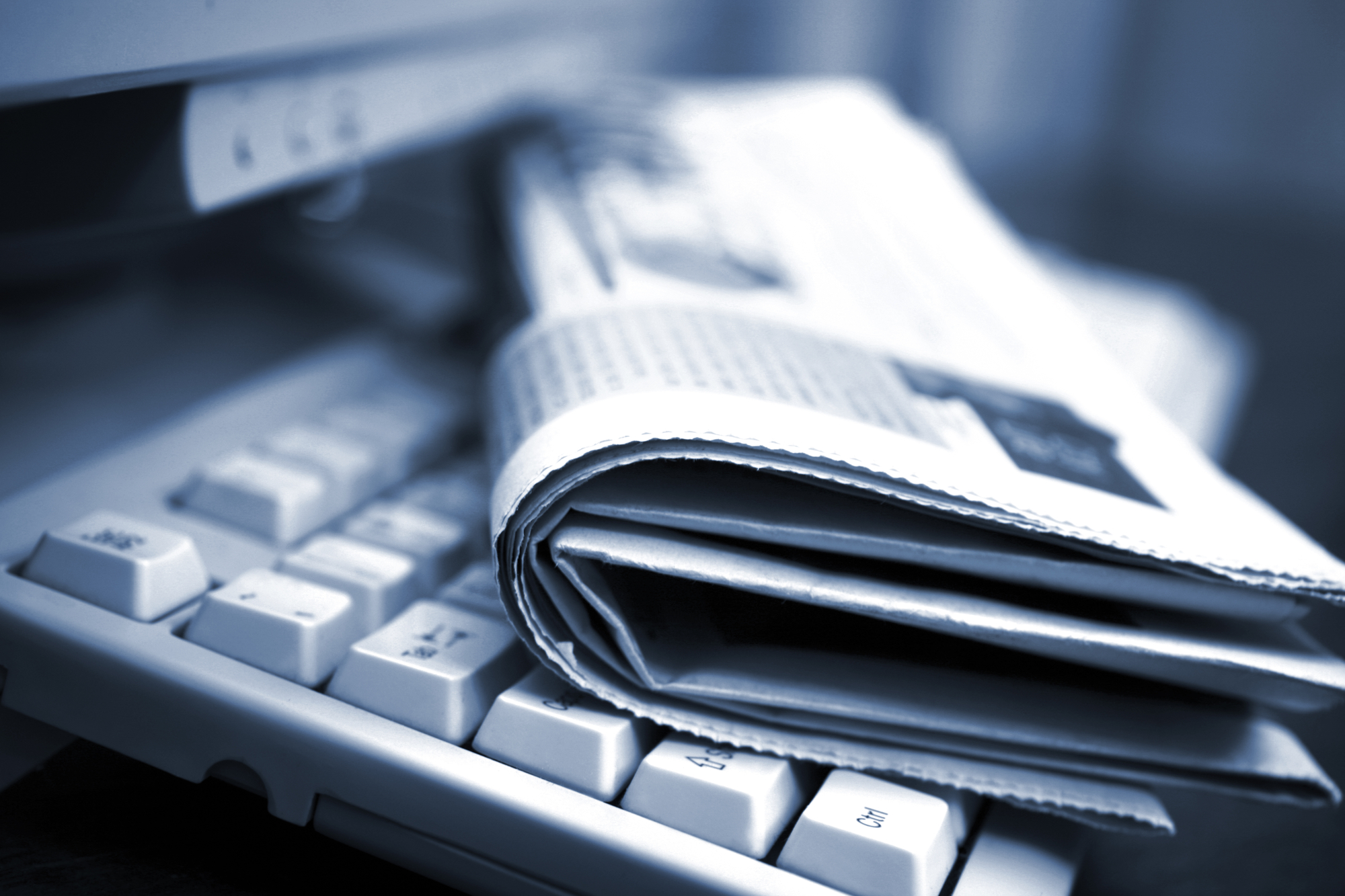 I’ve been rewatching Game of Thrones 👑 Yes, all of it.
And it got me thinking about newsjacking.

In the HBO fantasy saga’s 8th and final season in 2019, there was a major boo-boo in episode 4, titled “The Last of the Starks”.

In front of Emilia Clarke, the actor who plays Daenerys Targaryen, during a victory party, nestled amongst the flagons and chalices, was a coffee cup. What eagle-eyed fans spotted, and declared to be Starbucks.

“Daenerys Stormborn of House Targaryen, the First of Her Name, Queen of the Andals and the First Men, Protector of the Seven Kingdoms, the Mother of Dragons, the Khaleesi of the Great Grass Sea, the Unburnt, the Breaker of Chains, and Drinker of Pumpkin Spice” – said one Twitter user (Ira Madison III (@ira) May 6, 2019) 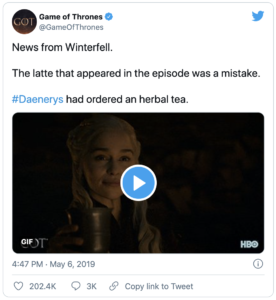 Starbucks appeared to be late to the party, jumping on the train on the afternoon after the episode aired, appropriately flagging a drink fortuitously named ‘Dragon Drink’ (it’s unconnected to the series)

Theories abounded that Starbucks would’ve been genius (and likely in an expensive lawsuit) to have engineered this sort of thing. That turned out to be conspiracy theories for the most part. Starbucks did however gain from the GoT blooper. Reportedly up to $2.3 billion in free advertising from the gaffe. Perhaps the best part of it all is that the offending cup in question wasn’t even a Starbucks cup! (It’s since been established the cup was from a small local coffee shop).

“PR subscriptions service Critical Mention, tallied 10,627 mentions of Starbucks and ‘Game of Thrones’ online and on TV and radio around the world.

Social media analytics and monitoring platform Talkwalker counted more than 193,000 mentions within 48 hours that cited both Starbucks and “Game of Thrones,” or a variation of the series’ hashtag, on Twitter, in social forums, blogs and news sites.”

How to approach newsjacking if you’re NOT Starbucks

So you’re not Starbucks.  You’re a small business team barely finding the time to stay afloat. Is there still a piece of the pie for you?

I’d vehemently debate that there IS! David Meerman Scott quite literally wrote the book on Newsjacking. It’s called “Newsjacking: How to Inject your Ideas into a Breaking News Story and Generate Tons of Media Coverage” 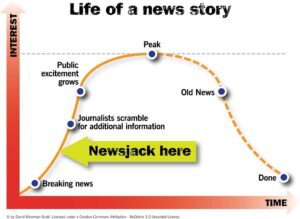 Here, he illustrates the sweet spot for newsjacking, which is between the time a piece of news breaks, and the time that the journalists ‘scramble for additional information’ to build more detailed analysis pieces.

Being that fast is NOT EASY.

Fear not, folks. Meerman-Scott has you covered in this uber-clear infographic 👇 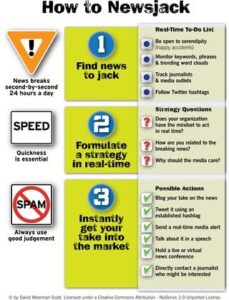 Staying on top of the news

If you try to jump on all the bandwagons, you’ll tire, become basic, and likely fail.

Set yourself some key topics that form the foundation of your newsjacking strategy.

Like with learning to ride a bike, trust me, the training wheels will come off. You’ll get better at it, and venture further and further out of your comfort zone.

Newsjacking truly is a million dollar marketing strategy. Made MUCH MUCH easier with social media and listening tools. It’s worth mastering.

We at c+p digital are obsessed with the power of newsjacking and its applicability to almost anyone. Like Meerman-Scott says, news breaks every second, 24/7. There’s got to be something in there for everyone.

This very column, and the book I’m writing called The Other EQ: Brand Entertainment quotient – how to find it, keep it, and use it, was born from our podcast, and our 10-minute weekly talk show “Thirsty Thursday”. In the show we take a look at the week’s news at the intersection of marketing and entertainment. (That alone – using hashtags like #freebritney and multiple sporting, acting and inclusion hashtags – has increased our visibility on a channel like Instagram, from which traffic comes to our site. If you see our vanity metrics, they’re small, but our distribution is obviously solid because people are finding our content and consuming it.)

I began a practice of breaking down some of the coolest stories and interviews around the subject of making content less boring in marketing – et voila! A book was born.

Please consider helping me pay for the self-publishing of my book?

Yes! I’ve been writing for 20+ years, for myself and countless others, and finally summoned up the nerve to write a BOOK. It will be ready in the fall, and I will send a copy to everyone who contributes, regardless of amount. Please note that I chose Patreon for the creator platform to raise these funds. It’s been set up as a monthly $10 fee, if you sign up, you can cancel at anytime including after your first month. Any amount you choose is appreciated!).

Support my self-publishing goal for $10