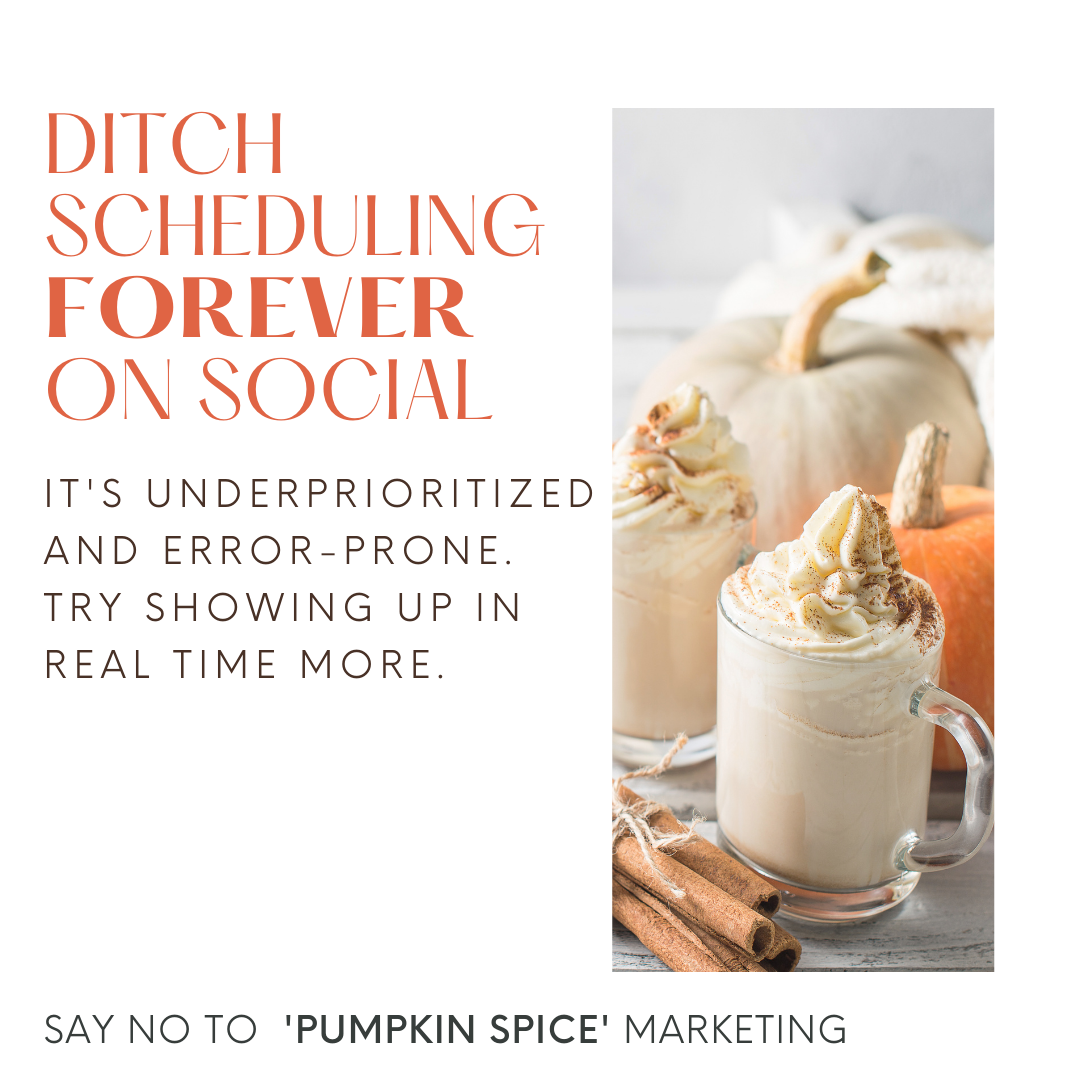 Raise your hand if you’re hoping a superlative social media manager will show up in your life who’ll know exactly what to say, the tone to say it in, and possess the relationship management skills that would make your average investor relations pro’s pulse rate quicken.
Yeah, there’s not a lot of those.
And those that exist are very expensive.
(They are called ‘Community Managers’ in case you’re looking.)
For most of us, we MUST learn to systematize as best we can WITHOUT resorting to stupid automation.
Say ‘no’ to:
Instead, say ‘yes’ to:
Now, because this column is meant to be fun, of course I have a story to drive this point home!
We love Joan Rivers at c+p digital (as a team!). And Joan is back in the news this year! A couple of week’s ago it was announced that Kathryn Hahn will play Joan Rivers in a Showtime series called ‘The Comeback Girl’. Earlier this year, Jean Smart won an Emmy for Lead Actress in a Drama, for Hack, where she plays  a Joan-Rivers-esque established comedian.
This immediately got me reminiscing about major Joan moments!
Especially the ones from ‘beyond the grave’.
Joan Rivers died in September of 2014. And a Facebook/Instagram post went out shortly after she died with a sponsored post advertising her new iphone.

Then, in a surreal deja vu moment, a first person tweet went out at Christmas in 2016. (Ultimate #facepalm) 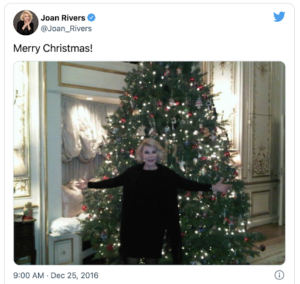 Not even death was gonna keep that woman from showing up and entertaining people! While this cautionary tale is intended to stop you cold in your tracks. Make you ditch scheduling forever! It does have a key second lesson. It’s worth noting that EVEN JOAN’S JOKES ARE premeditated!
In a 2010 documentary film, Joan Rivers: A Piece of Work, she was shown to have a library card system for her material well before things were electronically organized. A giant drawer of alphabetized jokes! In one of the scenes she went in, and she’d randomly pull a joke or a retort out to demonstrate how effective it was. Worked every time!
For people who resist being entertaining on social media; those who say “Oh, I’m no Joan. I’m not funny.” Know this: No comic genius pulls off funny in the spur of the moment, my friend. Yeah, sure, they have SOME tendency toward seeing humour in things. But the best entertainers practice their little hearts out!
So, by all means have a calendar that’s set in stone, with everything planned out if that’s your jam. Plan out all your fun moments and comments in advance too, if you like.
Just don’t schedule social media in advance!
It’s too basic for 2021.

Peace
Susan
This column started out as a testing ground for my book, “The Other EQ: How to kill boring marketing”. The manuscript is done and in production. If you’d like a free advance copy of the book sent to you (at the end of the year), hit reply and send me your deets.
To continue to dig deeper into the practical frameworks in the book, each week, I’ll send you one actionable tip to make your marketing un-basic. At the very least it’ll get you thinking. At best it’ll be implemented instantly.
And to celebrate the fall, my favourite season, hands down (at least for the 3 days it lasts here in Toronto), I’ll include some tongue in cheek, verging on dark, humour around fall cliches.