Cheers to all you woke folk (literally and figuratively!) who are doing the hard work of fighting for equality and social justice for all! 🎉✊🌈

It’s time for the 4am report! June is Pride Month here in Canada – a celebration of LGBTQ-plus people, 🏳️‍🌈rainbows 🏳️‍🌈abound, (usually) parades and parties are had (thanks, Covid) 😭, and it’s generally a month of festivity and equality.

Which is why we wanted to talk to this week’s guest, Colin Druhan

Have a listen. Because you WILL learn something. 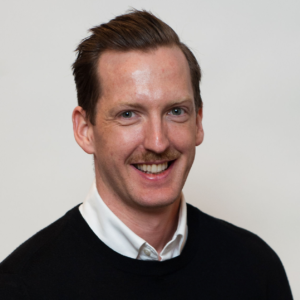 Colin joined Pride at Work Canada/Fierté au travail Canada as Executive Director in 2014. Since then, he has prioritized the extension of the organization’s reach outside of Canada’s largest cities into a wide range of communities across the country.

Originally from Cole Harbour, NS, he has lived in Toronto for fifteen years, during which time he has consistently engaged with queer, trans and 2S communities through working and volunteering with organizations like The 519, the Inside Out Toronto LGBT Film & Video Festival and the Toronto People With AIDS Foundation. Connect with Colin on LinkedIn or email him at colin.druhan@prideatwork.ca.

Read Colin’s writing for IN Magazine.

Cheers to all you woke folk (literally and figuratively!) who are doing the hard work of fighting for equality and social justice for all!

It’s time for the 4am report! June is Pride Month here in Canada – a celebration of LGBTQ-plus people, rainbows abound, (usually) parades and parties are had (thanks, Covid), and it’s generally a month of festivity and equality.

Which is why we wanted to talk to this week’s guest, Colin Druhan.

The LGBTQ Community and Workplace Discrimination

It’s no exaggeration to say that the first 6 months of 2020 have been LIT! First, Covid-19 raged across the globe, causing no amount of pain, physically and mentally. It shattered our economies and, as death rates soared, exposed the very real inequalities that exist between BIPOC and white people.

The murder (one of many, we might add) of George Floyd triggered social unrest like we haven’t seen since the 1960’s. In the immortal words of Peter Finch in the classic film Network, people everywhere were “…mad as hell and not going to take it anymore!” Honestly if you haven’t seen this film it’s a must see.

Then, right smack dab in the middle of all of this social unrest, the U.S. Supreme Court ruled that “…workers cannot be fired for being gay or transgender – a blockbuster win for members of the LGBT community.”

Yes. That’s correct. “While workers in about half the country were protected by local laws that prohibit discrimination based on sexual orientation or gender identity, there was no federal law that explicitly barred LGBT workers from being fired on that basis.”

And before you get all “smug Canadian” it wasn’t until 2017 that “…Canada officially amended the Human Rights Act to outlaw employment discrimination based on gender identity and expression.”

According to research by the Canadian Centre for Diversity and Inclusion:

·   Of their “straight” colleagues, only 3% felt discriminated against at work.

·   And between LQBTQ and non-LGBTQ colleagues? Thirty-three percent of the first said they had witnessed discrimination, while only 21% of the second said the same.

Which brings us to today’s guest.

Colin Druhan is the Executive Director at Pride at Work Canada, a national, not for profit organization that supports employers and their diversity and inclusion strategies, particularly around the grounds of sexual orientation, gender identity and gender expression.

What keeps Colin up at night? Let’s let him do the talking.

“We’ve seen a lot of really bold statements from a lot of big companies over the last couple of weeks about, you know, inclusion, and trying to build better cultures. And what keeps me up at night is that we’ve seen from the past that a lot of organizations, they really want to build those cultures, but they don’t necessarily have the right tools for the job. And I worry that sometimes people aren’t going to be able to live up to those commitments that they’re making to their employees in the public.”

There are No Quick Fixes to Diversity Inclusion

“[There’ve been] a lot of statements from CEOs and really important people. And I was really pleased to see them joining a conversation that was prompted by these protests that we’re seeing all around the world, about people entering a conversation that a lot of folks have been having for a long time. The fact that there’s people who don’t feel equally included in the workplace, in society, and also an unequal application of our justice system. So, a lot of people are joining this conversation that’s kind of already been in progress. And one of the things that we know doesn’t work with diversity inclusion is quick fixes. There’s no kind of magic, silver bullet to solve these issues.”

The Supreme Court Said WHAT?

“It wasn’t what I was expecting from the current makeup of the Supreme Court of the United States. And it’s interesting that they continue to make these landmark decisions during Pride Month, they made a decision on marriage during Pride Month, a couple years ago. I think there’s some drama queen in the court that knows the kind of impact that’s going to make when they make these announcements in June!!”

“This is great, but by no means does it mean instant equality for everyone. Because one of the things that we can take from some of the critiques that people have, in the current protests that are happening, is there are laws and then there’s the application of those laws. And then there’s whether or not people have the means to kind of fight for themselves in those laws. In Ontario where I live, sexual orientation has been a protected in the Ontario Human Rights Act for a long time. But does every person who gets fired because they’re gay have the means to get a lawyer to help them without legal challenge? No. And, you know, do we still see poor employment outcomes for trans and gender non-conforming folks, gender diverse folks? Absolutely. So, it’s not a panacea that fixes everything. It’s one step on our way to full equality. And it’s one more thing, one more tool that we can use to kind of build that future that we keep talking about.”

How Are Canadian Employers Doing So Far?

“We actually just did a great piece of research with the Institute for Gender and the Economy at the Rotman School of Management, University of Toronto – a survey of, I think it was 69 large workplaces, in Canada, around their trans inclusion policies. What are some of the practices that they’re engaging in? And we saw some movement, but a lot of the movement was superficial. People are really good at basic accommodations, a policy on non-discrimination, trying to put out the trans pride flag, that sort of thing. But we have some ways to go on some of the more fully inclusive practices around you know, health coverage for medically necessary, transition related care, really specific strategies around employee engagement, particularly around hiring, and supporting the advancement of trans and gender diverse people in the workplace.”

“Those aren’t things that aren’t fit for a fun sizzle reel, or a cool Pride ad – you don’t put them on a float at pride. So, they may be less well known amongst the business community. We wanted to shine some light on the fact that those visible things are great, but there’s a lot of invisible things that your business needs to do to really catch up with what’s needed with this community. So that’s specific to transgender diverse communities. But similarly, with sexual orientation, where you might have a ton of folks who are really visible in the organization as our leaders who identify as gay and lesbian. [But we don’t see as many] bi-people and we see a lot of “bi-phobia”. Even within queer communities. I see straight people being bi phobic. I see gay people being bi phobic. And that leads to a lot fewer bisexual people being out in the workplace. We don’t see as many bisexual leaders. You can see how complicated it gets with how many different identities we have in the community. And sometimes you need to have a strategy that’s for the whole community. And sometimes you need to really segment it based on some of the really specific life challenges of different folks within the community. And it can seem really confusing to some people outside, but we love it because we love how diverse our community is!”

And we love it too, Colin.

We hope you’ll have a listen to the entire podcast episode – find us over on Apple Podcasts – and Happy Pride, everyone!

And if you’re losing sleep over a particular marketing/business related problem during this Covid-19 economic uncertainty, or if you have a guest idea on the topic, let us know. Drop us a line at c+p digital.