Google the term ‘translation blunders’, and you’ll dig up tons of times brands messed up their attempts at multilingual comms. Some are funny. Some are just sad. 😔

In this episode of ✨The 4 am Report✨ we discuss how marketing strategies need to be tweaked or sometimes completely changed for consumption by different speaking cultures.

Our guest? Vatché Iskedjian, a translator and a specialist in multilingual communications and founder of VI Communications.

With all the potential for global growth, brands need to ensure they use experts who can consult and help tailor strategy and tactics so it works in different regions.

Here are some excerpts from the discussion:

Susan: …To me it sort of comes back to a very basic component of developing strategy, right? It’s knowing and understanding your audience and who you’re talking to, and obviously knowing that they know their culture deeply. And like you said, they can immediately see it when it’s not authentic. So be clear about who you’re talking to and sort of connect with them at a basic level instead of as an afterthought or a forced fit, right?

We started at the top of the episode, Vatché, and we mentioned funny translation blunders, and that’s always something that amuses us. So are there any examples that you’re able to share? Our goal with this is not to shame anyone, but just to show audiences how rampant this problem is, right? Any that stand out to you?

Vatché: Yes, of course the one that really comes to mind is the social media campaign blunder by Telus. The English campaign contains such feel good phrases like “take a deep breath, ground yourself, go kill it.” But unfortunately the French was translated by Google Translate and it was really hilarious, and depending on your point of view embarrassing results.

The French translation, for example, invited consumers to literally grind themselves and go kill someone or something. The president of the company had to apologize for the Telus consumers in Quebec and it just made the headlines everywhere. Today you make a blunder like that, it goes all over the world within seconds, as you know.

Another one is always the classic Chevrolet Nova that really sold poorly in Spanish speaking countries because its name literally translates as “doesn’t go” in Spanish, “no va.” How do you want people to buy cars if you’re telling them that the car will not go, doesn’t go, “no va?”

There are so many other examples for the time we have. Just because you’re not a big multi-national, that doesn’t mean that you shouldn’t pay closer attention to create communication in other languages. That’s where people such as translators and language experts such as myself are here to help you, so you make the right choices, so that you don’t spend money where you don’t need to, or you spend it wisely to get the results that you’re expecting in that type of market.

Susan: 100 percent. Just bringing that whole conversation proactively in the communication discussion is something that I think the big players do really well, but in today’s world you really need to be sort of thinking about language, right?

Which kind of reminds me, we were at Connex last month and we heard Neil Patel speaking. One of the things that he was talking about was how he’s used language as part of his growth. Obviously Neil Patel has a whole bunch of digital content, content marketing, SEO, much more of that, and all of that was in English, right?

So he obviously saw a market opportunity and there was need for his content in Spanish, in Chinese, and, you know, a few other languages he was talking about, and they invested in it. They actually did put money behind translating that content on multiple levels, whether it was voiceovers or in some cases captions and things like that.

But I thought that was a really interesting point that he was making about the times we live in. Global growth is possible in today’s world. It’s a multi-cultural space, and in general opportunities for growth as well exist. Obviously we all have opportunities to become better in the way that we do it, but are we really thinking about things from the perspective of growth?

Are you seeing any of that attitude in your clients, Vatché? Are they proactively exploring language opportunities?

Vatché: We do have some clients who are doing their campaigns in multiple languages. The biggest key is for them to understand that when they say “translate into Spanish,” for example they need to specify the Spanish market. Spanish is not the same if it’s spoken in Europe versus Mexico versus Latin America or Southern America.

Even French – I mean yes, there is for example – We can use international French for companies and that can be understood throughout the globe, but if you’re targeting only Quebec, then you need to be slightly different versus Europe, et cetera. So these are important factors to discuss, and as language experts we would be able to help you achieve them.

Will: Those are some really good points you just made about how Spanish isn’t the same everywhere. That’s actually an insight that I hadn’t even thought about it until you just mentioned that.

If we were to give our listeners any other key takeaways, or even like a basic checklist when you’re about to approach communications in a second or different language, can you share any more of things that people should be thinking about?

Vatché: These are really basic things. When people sit down, especially where a creative group comes together, thinks of a campaign or a concept, it’s important that if that campaign is going to involve different languages that a language specialist is present. We need to be involved from the start, because once the concept and the creative look of the campaign is decided in English, that doesn’t mean that it’s going to work in the other languages.

Just for example, a French sequence of words could be totally different than English, so whatever you’re putting the emphasis on within your creative design, et cetera, on a specific word, that doesn’t mean that in French this is going to be the same sequence. What kind of impact will that have on your campaign?

These are small things, but at the end if translators or language specialists are just simply given the final concept and told “Reproduce this in the other language,” it might not work 100% all the time. So that’s where the involvement at the beginning, the key messages… Will that message fly in that other language? Will it have a totally different meaning?

The use of images – Again, I come back to some of the campaigns being too Toronto-centric. I mean Toronto, as we know, is 55% immigrant based – different cultures, different communities, and we can introduce different images and no one will even notice that it doesn’t correspond to your local market.

But if you try and use that same image let’s say beyond Quebec City, where there’s hardly any visible minority or visible groups, will it have the same impact? So I mean these are small things, the images, the culture sensitivities, and the way you manage social media. It shouldn’t be an afterthought. It should be as part of what are you trying to achieve, and that’s the key important message that needs to be communicated to translators, to people working and trying to create something in a different language.

Once they know the strategy, then they’ll make sure that it’s properly executed. Otherwise, it’s words put together. If you don’t show them the visual, if you don’t talk to them about what is the goal, then you’re going to get words and then complain the translator put in something poorly.

Or the other thing is – The important thing is that translation shouldn’t be an afterthought. It shouldn’t happen at the last minute before the launch of a campaign, or someone is going to say, “Oops, we forgot about translation. Let’s Google Translate it.” Then you get the results that Telus got, and do you want that? I assume not. 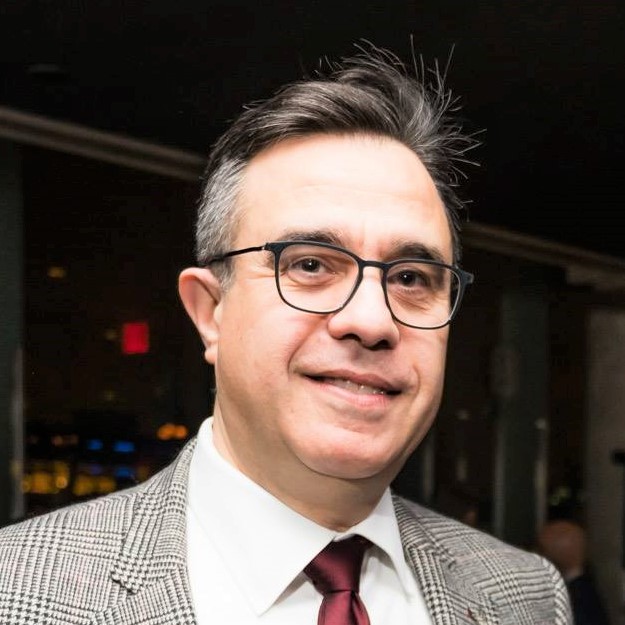 Vatché Iskedjian has worked as a translator and a specialist in multilingual communications for over 30 years. He’s founder and principal of VI Communications.

We would also love to know what’s keeping you up at night! Email us your problems – your issue might be featured in our next episode!

Any of these problems *speak* to you? Click here to subscribe in iTunes to hear about more things that haunt us or to keep an eye out for any of your problems. We might find a solution for you (or at least share your pain too!) We have more episodes with great tips, jokes and conversations – don’t miss it!

If you get a chance, leave a review on iTunes so that others can find this podcast too! Just click here to review, select “Ratings and Reviews” and “Write a Review” We’d love to hear what your favourite part of this episode is in the comments below. Thank you!