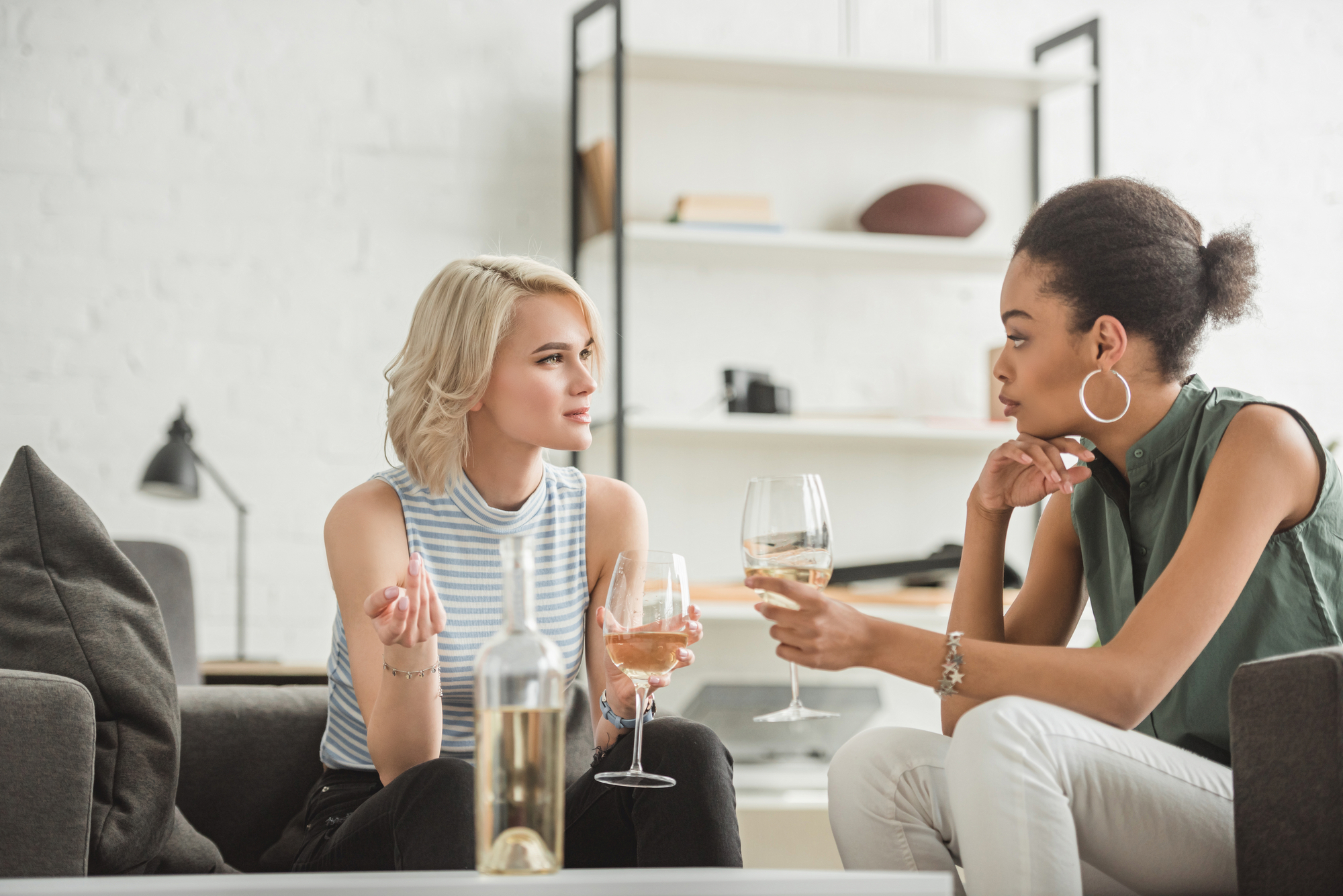 Ooof. It’s been a rough six’ish months or so, yes? First, 2020 blew in, and then just as quickly, up and dashed our 🥂Auld Lang Syne🥂 expectations of heading into a new decade.

Those expectations feel slightly naïve at this point in the game, if we’re being honest! 😬😬😬

Before we could say “bloom off the rose,” China was reporting a strange new flu outbreak, which rapidly spread around the world.

And when we all thought it couldn’t get any worse, 2020 jack-booted us into the new reality of “you ain’t seen nothin’ yet!!”

We watched in horror as George Floyd was murdered in the street, and suddenly the entire globe erupted in protests against police brutality and the systemic racism that still permeates our communities today.

The marching and protests are still on-going, but to add more to the debacle that has been this decade, the United States has dropped goon-squads into cities of citizens engaging in peaceful – but powerful – protest.

But hold up. This isn’t all about gloom and doom. Far from it. This is about laying out the facts. And then examining the good that has come from this collective trauma.

And these conversations are being had – quite publicly – across political parties and social media platforms. People are simply fed the eff up 🤬🤬🤬 and have zero you-know-whats left to give.

Which brings us to the title of this blog post.

The incredible power of uncomfortable conversations.

On the 4 AM Report this week, we spoke to Jackie Porter, an award-winning financial planner and author.

Naturally we talked money, specifically the hair shirt of shame many people wear when it comes to personal finances and wealth – whether you have lots or none at all.

But we also dove into:

💥 Being a woman of colour with a voice in today’s world.

💥 And, the incredible strength that surges when people come together in community.

As Jackie said, “…all these different individuals who make up the world – gay, straight, people of different ethnicities – if we can have real conversations with one another, that’s how we’ll move forward as a nation. That’s how we’ll all be free.”

Here’s a sampling of what we spoke about.

On the Anti-Racism Movement, and Being a WOC with a Voice

“What happened to George Floyd, which seemed to be that pivotal moment where the world kind of shifted and people’s attitudes towards police and Racism changed – in just that split-second moment watching someone’s humanity being taken from them, right in front of your eyes. I was really surprised. I mean, here’s the thing, when you grow up as a person of color, you kind of have to basically set up this certain kind of armor around yourself to sort of deal with the fact that racism exists. And so, I was shocked at the time how many people reached out to me – clients, friends that were not of colour, and who said, ‘How are you feeling in this moment? And are you okay?’ And I’m like, regular day for me. Unfortunately, if you live with racism, you live with the pain of seeing these things over and over again, and if you let it consume you it can really bring you down like a rabbit hole of despair. I think what happened in that moment, it was a moment of connection that the people who never had to see, this never had to feel this, didn’t have to wear that coat of armor, felt. They felt the pain of what it’s like to feel racism and live with race. The pain they were experiencing, actually, they thought I was feeling! But they didn’t realize, that’s my reality. And so, I think truthfully, that’s what I want to focus on, in terms of this moment, is to focus on having conversations about the pain of racism, and having people just get that little bit closer – because [white people] can never understand fully – but that little bit closer to what it feels like to live in a world where you don’t look like everybody else. And you feel that, and you live with the effects of racism. And I’m glad that the world you know, is ready to have that conversation, even though it meant the loss of a man’s life.”

The Difference Between Ignorance and Arrogance

“There’s a difference between ignorance and arrogance, right? So, if I’m ignorant, and I don’t know, I’ve had people in an office situation, want to touch my hair. And that’s not something I’m really comfortable with. Like, no, that’s actually not what you do to a black woman. Bottom line is, that’s not something to do. But if you want to ask me about my hair, that’s fine. So, it’s just having these kinds of conversations or, or say, or even saying, ‘Jackie, I feel the pain of this, but I don’t know what to do next. Do you have ideas?’ And I know we spoke about this before – the truth is the first place we learned about tolerance is through our families. I come from a family where they have their own effects of racism and how racism has affected them and how they see me and colorism and all of that stuff. And the only way that I can support them is sometimes having those uncomfortable conversations where I challenge their beliefs, I may not change them. But I might challenge those beliefs and leave the space open, leave the door open for us to change. But it may not be tomorrow. There are some people whose minds are not going to change. But at the end of the day, as long as they’re not willingly doing something to hurt me, I’m prepared to continue having those conversations. I’m prepared to continue challenging their beliefs. And I have to do it in the context of my family because it’s difficult to divorce your family. I love spending time with my extended family, and I don’t love having some of the conversations that we have but dinners really good!”

Why Money Conversations are So Uncomfortable

“When it comes to talking about money, it triggers a lot of people. It makes them feel a lot of different things. And shame is one of the things that people report feeling around money – not feeling that they’re good enough. Especially women. And that’s why I’m all about empowering and uplifting, because at the end of the day talking about race or talking about money, and having those uncomfortable conversations are not that different, we have to be prepared to be vulnerable.”

“And one of the reasons I call myself a Financial Confidant is because I really want to create that space where people feel they can tell me their financial truth, a space where there’s no shame, there’s no blame. The shame part sometimes comes from people feeling not happy with the fact that they, maybe, wasted their money. Maybe they didn’t make the best choices about money. But that’s the past. So, moving forward, here’s how I’m going to conduct myself in terms of money. What can I tangibly do, moving forward, to improve my circumstances? And that’s when we can look at facts, look at your finances, we can look at solutions, we can put a plan together that you can feel good about and sleep better about moving forward. This is an uncomfortable conversation because clients tell me, sometimes they don’t feel comfortable asking their advisor how they get paid. What do they charge? All of those questions are fair game, you need to feel comfortable to ask those questions. And you need to feel comfortable with the answer. And if you’re in front of someone who’s not willing to share how that works, and who’s not making you feel comfortable, even telling your financial truth – go with your gut, right? Women, they’ve told me that they’ve spoken to a financial planner before and maybe they were in a couples’ situation and their financial planner was talking to their spouse and not talking to them. Or they made them feel stupid asking a question. I say to my clients don’t ever feel like there’s a dumb question. At the end of the day, it’s your money. It’s your choice. And any question that’s going to help move you forward to the direction that you want to go is a great question. And, as you’re willing to put yourself out there, this ‘financial uncomfortable conversation’ thing, I’m such a big believer in the fact that once you’ve had that chat, it is nowhere close to the monster that was in your head.”

It’s a very powerful episode. Have a listen.

You can find us over on Apple Podcasts – hope you’ll check us out!

And if you’re losing sleep over a particular marketing/business related problem during this Covid-19 economic uncertainty, or if you have a guest idea on the topic, let us know. Drop us a line at c+p digital.